Just like any other state, Oklahoma offers its fair share of problems to homeowners due to its unique climate and geographical location. Oftentimes, these problems can be fixed by handy homeowners themselves, but other times, a professional may be required. Whether you’re looking to purchase a home in Oklahoma or are a current homeowner looking to solve existing problems, we’ve gone ahead and provided some of the most common issues and solutions. From roof damage to foundation issues, below are the top four problems that Oklahoma homeowners experience. 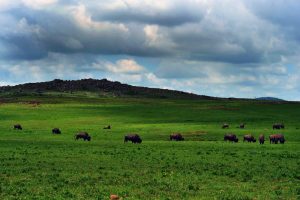 Storms can be fierce during Oklahoma springtime. Hail, strong winds, and flying debris unfortunately aren’t uncommon and can lead to some pretty major roof damage. A few of the most common types of roof damage in Oklahoma includes leaky roofs, missing or damaged shingles, and structural or frame damage. Roof damage is one of the most expensive problems that homeowners face, as a simple roofing job can cost in excess of $5,000 and even more for more complex problems like water damage.

Oklahoma is home to the well-known red dirt that, while may look pretty, is full of clay and moisture which tends to be a main cause of foundation failure. The state often 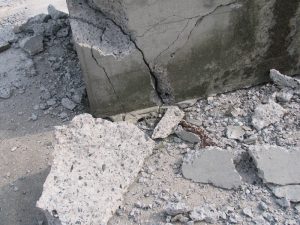 experiences swings of heavy rains and droughts, causing the soil to shift, expand, and contract. The most common Oklahoma foundation issue occurs when the ground settles unevenly beneath the house’s concrete slab, causing cracking or buckling in the concrete footing.

A few signs to look out for include cracks in sheetrock among the walls or ceiling, doors that drag or stick, gaps between ceiling and walls, nails that are backing out of the sheetrock, windows that are out of square or are sticky to open and close, cracked or unlevel floors, and gaps between floors and walls. Outside of your property, keep an eye out for cracks in the brickwork or gaps between brickwork, doors, and windows, and bricks leaning away from garage doors. You should also pay close attention to sagging rooflines or a fireplace leaning away from the house. These signs may indicate that you’re due for a foundation repair.

Water damage and moisture can be a big problem in Oklahoma homes due to the large amounts of rain it receives. The state recently set a record in May 2015 for the wettest single month it has ever had. When moisture is left long enough, water damage will result in mold, mildew, and rotten materials that not only compromise your home’s integrity, but pose a significant health risk to residents. It’s important to detect these problems early, as they often go unnoticed until it’s time to sell the home – by then, your small mold problem has turned into a large, very expensive issue. Poor drainage is also prominent in Oklahoma and can also contribute to mold, mildew, and rot in homes.

Oklahoma’s distinguishing climate lends itself to some unique issues when it comes to heating and cooling your home. Hot, dry, summers paired with cold, icy winters along with wet and windy weather possible during any season means a lot of strain is put on air conditioners, furnaces, water heaters, and other major appliances. This heavy amount of strain leads to problems that are applicable in other states, but require attention more often in Oklahoma homes. The best way to reduce costs and strain on appliances is to purchase energy efficient appliances, as well as make use of other sources of heat, like a fireplace.

With all of this being said, Oklahoma offers many benefits to residents like a low cost of living, access to a large city, low tax rate, and a plethora of shopping, arts, and cultural events. Forbes even named Oklahoma City one of the best places in the nation to retire in 2014. Oklahoma City and Tulsa, the state’s largest cities, the overall cost of living is 10 percent and 11 percent lower than average, respectively – some of the lowest percentages around. Whether you plan on moving to the beautiful state of Oklahoma or are living there currently, just be aware of the unique problems homeowners face associated with its climate and geographical location. If you experience any of the above problems, it’s important to consult with a professional immediately and see what your options are.